Darkness and light alternated as the car sped down the road heading to nowhere. Power had returned to the lamps lining the street. Rain drops traced a hectic path on the glass. With a finger, Namdi followed the path of a single drop until it disappeared into the night. Soon, the chair he sat on was as wet as he was, discomfort setting in.

"You sure pick the strangest time to take a walk."

It was a feminine voice. Sweet with a hint of hidden emotions, Namdi couldn't quite identify. He looked at her but could see little in the poorly lit vehicle.

"Just take it; I am a very fine woman. Don't stress your eyes trying to see."

"Picking up a stranger is quite brave of you, seeing as you are a, em..."

"You can say it, no need to choke, since I'm a babe. Not a normal thing for me but just broke up with my boyfriend so I am a little..."

"I guess breakups can make you do crazy things."

"You have no idea. He proposed recently."

"You went for your ring finger just now. Hard not to notice."

"Did she say yes immediately?"

Namdi thought back then smiled, not giving her an answer.

"I cheated on her today."

The car went silent for a minute, both lost in their thoughts, wipers playing out a rhythm as reliable as a metronome. Sounds of a hard working heater came to the forefront, its attempts valiant but effect minuscule. The road was devoid of life except for them and an approaching traffic light. It made the rounds, from green to amber to red, bringing life to a complete stop.

They laughed. It felt good to laugh, Namdi thought. There was silence once again. The red of the traffic light basked Namdi in a garish tinge. The rain reduced to a light shower.

"After he proposed, I thought of forever with him and I just couldn't see it."

"Till death do you part, in sickness and in health, through the good and the bad."

"They leave out ‘in sickness' and 'the bad' these days, people don't want to stick around for those."

"How did he propose?"

"Sigh, he's rich, it was one of those shopping mall proposals. I wanted to die."

Her fingers tightened their grip on the steering wheel. The light turned green but the car did not move. She turned to Namdi.

"I left him there. Just turned around and walked. Got in this car and started driving."

"Where are you driving to?"

A complicated expression appeared on Namdi's face; it would be the first time he would say her name to another person. He couldn't help but feel crossing this line would set in motion a series of events he wasn't ready for. The lights turned red. 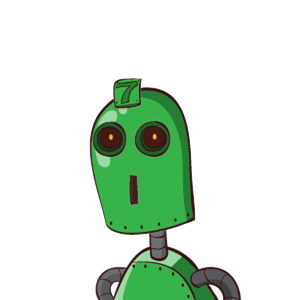 Reading has always been an integral part of every success story. Whether it’s a blog post, ... continue