Diary of a chicken sitter Ep. 1

DIARY OF A CHICKEN SITTER EP. 1


“It's very chilly and windy tonight. My legs shake and my teeth gnash in response to the autonomous rate at which the coldness sips into my bones. Looking outside from my window, I can see some forces of nature at work: Raindrops hitting my window pane and trees bending in the direction of the wind. The sight of these things brings back some memories; those memories of old that I had shut out of my mind for months not wanting to remember. Remembering them now makes me feel very sad at how unfairly life has treated me in recent years, and all I can do is cry my eyeballs out.

Imagine having a friend who is trustworthy, mainstay and accepts you the way you are; picture yourself with someone who genuinely loves you, knows how to make you smile and sticks by your side unceasingly; or perhaps, think of an individual who shares your humour, nonjudgmental, and listens to all your whims.

This is no delusion, neither is it a fantasy. This is just an overview of the personality of Kakra, the pet who later became my best friend.”

Five years ago, Kakra and I became friends under an unusual circumstance. The day was gloomy and the clouds were lightning, the usual signs you see when it’s about to rain. It was my tenth birthday and I had just closed from school, walking home as fast as I could because I was afraid the clouds might empty themselves anytime soon.

At about half way through my journey, my fears became real: It started raining heavily. I took shelter in a little abandoned building nearby. The rooms were dusty and disorganized, looks scary too. It took me about a minute and half to find a suitable space to stand while I waited for the rains to fade away.


Before long, I began to hear chirps of struggle coming from behind me. When I turned, my eyes flashed on something disheartening to my sensitive soul: A fat-looking hen was profusely pecking a defenseless chicken very hard on the head, for reasons best known to her. That got my attention.

I rushed to the rescue of the chicken, only to be bullied by the relentless hen too. She threw herself in my direction and flapped her wings against me continuously.

I swayed her away from pouncing on me, using a stick I’d found at the corner of the room. Next, I walked quietly towards the casualty and picked her up from the floor. I rubbed her back gently with my soft fingers, and in the space of ten seconds, she repositioned herself ten times, one for each second.

I could clearly tell from her demeanour that my palms afforded her some comfort and warmth. The look on her face expressed a heartfelt gratitude; one that could be interpreted as, “Thank you buddy! You saved me from getting my butts kicked.”

I began to stare at her in the face and I couldn’t believe how beautiful she looked. She was so elegant. I bet where she’s coming from, the cocks usually throw themselves at her feet. She is simply 'Miss Chicken'.

Sooner than I had expected, the rains stopped falling. It was time to go home. I didn't know how to say goodbye to the poor creature I had in my hand. It was tough for me. Should I take her home or leave her behind to be subjected to brutal treatments?

Taking her home was not an option I would consider in the first place; it violates the biggest commandment at home: ‘Chickens aren’t allowed in here!’

My mum laid embargo on bringing animals home, especially chickens, because she suffers from ‘Alektrophobia’ – the fear of chickens. There’s a funny story behind this ‘ailment’.

Grandpa told me this. “One morning, when your mum was just a teenager, I asked her to gather some eggs from our hen coop. In the process of picking up the eggs into the basket, a hen came from behind and attacked her. She took to her heels, leaving behind the eggs. It took my intervention to scare the hen away. Later that day, she said to me, ‘I will never enter this coop again!’.

True to her words, she never did. She even stopped eating chicken altogether. She’s of the view that a hen might chase her again if she was spotted eating one of their own.

She developed this cowardice towards chickens ever since, which explains why she hates them so badly.”


Knowing how much my mum feared chickens, I was afraid she would tear me apart if I took this cute little feathered creature home. I decided to leave her behind, exactly where I picked her.

I looked her in the eye one more time as she reciprocated the same look in my eyes. As I tried to imagine what she was going through, my emotions took complete charge over me. I had to hold myself, else I would have shed tears in front of a chicken.

As I contemplated on what to do, a counsel that my mum gave me several months ago flashed through my mind like a lightning bolt: “Son, without the expression of love, life remains a myriad of clichés which leaves no meaningful impressions in our lives.”

Her words struck me to the core. It took me just three seconds to switch my mind away from thinking fear and condescending thoughts. Off the cuff, I realised that I couldn’t leave her behind, so I took her home with me, against all odds.

Before I closed my eyes to sleep that night, I decided to give her a name – a new identity, something to respond to. I named her Kakra – Twi for ‘little twin’.

Whether or not she would become my little twin still remains a mystery; but one thing is definite: The timer for her discovery began to count down right from the moment she stepped foot in my house. No one knows when the clock would hit zero.

How long will Kakra last in my house? Will mum ever discover the illegal tenant residing in her house? And what would happen if she ever finds out


Join our newsletter and get notified when we pulish new stories.

My NYSC diary and 21 days in camp
The alien

I am computer programmer, with much emphasis on web and mobile application development. When not writing codes, I proofread and publish stories here on "Country Tales" - a platform I co-founded with a close friend of mine. 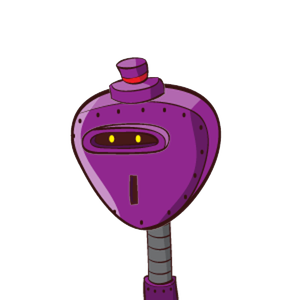 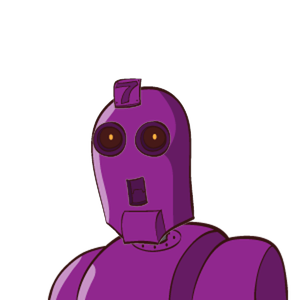