As a professional therapist, she had made a good name for herself. Lesley was always unwearied with her patients, listening to every complaint of theirs. She saw their problems as her own and would always follow up on them till they are good to go. She had done much for herself and her department at the state hospital where she worked. All her achievements came through hardwork and commitment. She had been working at the hospital for the past six years and had risen to the highest echelon. Upon that, she airs a radio programme that focused on relationships and how to help young people find their path in life. Lesley gave life to her patients when their life was gone.

At twenty-eight, with an attractive face, a nimble sensuous body with promise, being in any relationship was not her priority. All she ever cared for was her work and patients. Some even wondered how she mended broken lives and relationships when she was always reclusive.

Her routine cloistered mood never gave her colleagues any chance to come close to her or to notice her periodical grumpy state. For her colleagues, “Lesley loved only her work and nothing else”. Lesley usually sits in her office when she is not out for a programme or seeing a patient. The office is her world.

On a certain day, like most of her days, she sat on her chair looking unseeingly out of the office window to timeless figures of the city, holding the lid of a drug cover. She looked detested. Her mind was filled with grief, wondering on an endless path. Her blotchy and swollen eyes were filled with tears mixed with pain. Her dismal thought was halted by a knock on her office door. She had to quickly wipe her tears with the back of her sleeve.

Kaobi was a resident doctor at the hospital; always with a handsome smile in place and a black hair perfectly combed. Having a smiling face in Lesley’s office was the last thing on his mind. His excited smile immediately turned into a cocky grin as he approached her desk. He instantaneously tossed a file containing medical reports she was supposed to sign on her desk while staring at her face. Her face was foggy unlike the mean face she always showcased. Kaobi was familiar with her mean face but that of the day was quite different: she looked moody. Sadness.

“What’s wrong with you?” He asked as he moved closer to her desk while gaping into her hazy eyes.

He could sense the musky smell of a strong feminine perfume. The anxiety in her eyes told Kaobi all. She collected the file from the table and started flipping through the contents to give herself something to do.

“Why do you ask?” Her voice was as bland as the rest of her face.

“The drugs and the gloomy face,” he said while motioning to the packs of Xanax in her hands. He was sure he could distinguish between a spiteful face and a sad one.

“Oh… this!” She said weakly while trying to put the drugs into her bag.

“It belonged to a patient… Ehmm,” she said in a low tone with more bravado than she felt; she hardly glanced at him whiles talking. That’s unlike the strong lady he knew.

“I collected it from a patient,” she added as if she was expected to say that.

Kaobi said and headed towards the door that exits her office; his gaze hardened as if not convinced by her answer. When he reached the door, he stopped abruptly and turned towards her.

“Look, you can talk to a friend if you are having a hard time.” He added, “We are all psychologists, and so I equally know when one is telling lies.”

His words went through her heart, which made her heart race frantically. Through the veil of tears, she found herself giving him a long speculative look.

Lesley’s world have been the one she created for herself, filled with dreams that she had achieved, but to let someone in was something that she did not want to do. She knew that she was not herself lately, but it was easier for her to believe the truth she had been telling herself than the reflection in the mirror, although the reflection is in actual fact her true self.

She didn’t know when the name escaped through her lips; she wished to take it back, but she was glad to have found someone who knew she was depressed, someone who wanted to share in her problem.

“Can I talk to you?” she said calmly.

Her words sparked magical beams in his heart, and for the first time he felt pity for her.

That was the first of so many things to come.

The 'not so obvious' choice 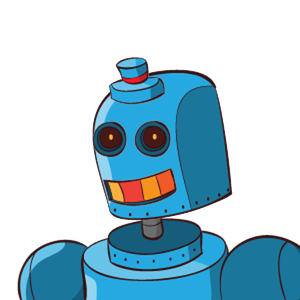 Love the twist in this story