Life of a celebrity Ep. 5

LIFE OF A CELEBRITY EP. 5

"What job!? You want me to loose my dignity in the process…? By the way, who are you?” She asked as she dropped her bag; it was becoming too heavy for her to carry.

"I am Bruno – Simon's childhood friend – we grew up together."

She nodded to get his attention for a while, and then burst his bubble by asking;

"So what has that got to do with me, Bruno?"

He smiled at her question.

"Everything my dear. I'll fill you in over a cup of coffee."

After much persuasion, she followed him to a coffee stand.

"Simon is a broken man, right from childhood. He found out at the age of six that he was an adopted child. His foster father had never ceased to make life miserable for him. He was bullied at school; the only friend he had was me, although I wasn't there for him all the time. He grew up knowing nothing but hate. That explains why he acts so cruel towards you.”

She cleared her throat to interrupt him, and then burst his bubble again.

"Your story is really nice, but it has nothing to do with me. I think I should be on my way now. Thanks for the coffee."

She stood up to leave, but he held her back.

She reluctantly sat back and tapped her right foot impatiently.

"You are the only one who has stood up to him. I saw it all. I informed his grandfather about it; he has a job for you."

"Fix Simon, but do not fall for him."


"You’ll be paid 50 milllion Naira each month. The price will double if there are some visible results."

Her laughter seized immediately. The sound of the money gained weight in her ears. Was he joking?

She said without giving it a second thought. She needed money anyway.

"Please remember the condition: you can't fall for him; the family has already arranged a wife for him."

She scoffed. Fall for who? That cold heartless bastard!? She was only in for the money.

"But he wants me out of the house."

"Grandfather would take care of that. For now, we need to change your looks. Follow me!"

Bruno took her to one of the most expensive saloons in the area.

"You look beautiful," he commented when they were through.

Her eyes shone; her v-shaped face broadened out, her plumpy cheeks and red lips were now visible.

"What are you doing here? Get out!"

Simon shouted the minute he saw her.

His worst nightmare showed up – Mr Nkoli – his grandfather.

A house on a hill 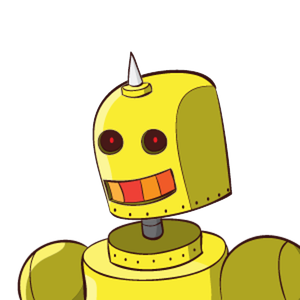 It's gonna be fun

Which is better - listening to audio books or reading?

It is a known fact that diversity creates enormous room for variety. The introduction of audio bo... continue

Life of a celebrity