His precious wife who had just given him a baby girl died in an inferno, his parents said. He was not ready to remarry but his parents wanted more children.

I was asked to marry him. My mother and his mum are close friends. I had only seen him once and then I liked him, but did I really want to marry him? Was I even ready for marriage in the first place? Eventually, I gave in. I would get to love him as days become weeks; this guy is lovable, a handsome scion.

He did not want me, and I wanted to back out, but our parents would not accept that. They encouraged me to be patient; I felt like I was forced on him by his parents.

We got married, but it was hell. He did not hit me like some irrational men with unorthodox acts do. He just didn’t see me as his wife. He stood at his end, and I on the other end. That was not my dream. I had always wanted a happy home; a caring husband and cute kids. But how was it possible to have kids when we never slept together as married couples do?

Jude is sedulous at work. He leaves home very early in the morning and arrives late at night. Perhaps, he only saw me as his cook, because he eats my meals and gives me no compliments.

My parents knew what I was going through but they could only advise me to endure for a while, and sure, I did.

Feyi, my friend pushed me to him. He arrived home one Thursday evening and I gave him a surprise hug. He pushed me back instantly, reacting as if I was some flames of fire trying to consume him.

"Don't try that with me again!" he breathed.

That was the first direct speech I got from him in the weeks after our marriage. What I saw in his eyes was fear and it got me befuddled. Have I turned into a monster?

I watched him mount the stairs and I sank into the easy chair, thinking. What am I going to do?


The next day, Feyi came around to find out the outcome. Thank God I have her. She is a friend in a million.

I related everything to her. I thought she would just take the failure of the just concluded mission, but instead, a smile lit her face. Earlier, she had been complaining of low sales and had worn a frown on her face, so I was surprised to see that my story brought some light to her face.

"Why are you smiling, Feyi?" I asked.

"You know I support this marriage from the beginning and I promised to always be there for you, I won't cry off now."

She adjusted herself in the three-seater," He spoke with you. That's good news. What you need to do now is to push further."

She laughed, "Well, anything can happen but I trust Jude, he is not a bully. You just need to do that to force words out of him; out of his mouth," she said.

"Uh!" she nodded, "Trust me, you need to do that so we could know what is next."

I sighed, "This means I may still divorce him?"

"No, no. We're not doing this for just ourselves, but for him too."

"Girl, he pushed me away," I reminded her.

"But in his eyes you saw fear, not anger," she said.

I waved my hands in the air, in surrender, "Alright, I'll try."

Jude arrived home later that day and I watched him ascend the stairs with his attaché case firmly clamped in his hand.

I did not have to think for so long as he descended the stairs back minutes later in a Jordan polo and brown combats shorts. He went into the small bar and got himself a drink. I could not see its label because he sat at the bar with his back turned towards me.

I tiptoed to him and got my hands around his neck. He shook, freeing himself from my hold. He stood up from the chair and turned to me, "I thought I told you to leave me alone!"

"And you expect me to do just that?"

He sighed, "I never told you that I want to marry you from the beginning."

"Story for the gods!" I mumbled, but it was enough for him to hear.

He walked towards the stairs.

"What are you scared of?" I asked.

He paused in his tracks and without turning, he said, "I'm scared that I may just throttle you one day. I hate you!" He barked.

I could see beyond the façade of his anger, "Or you're scared that I'll unravel the truth behind Ife? That you caused her death?"

He quickly turned to face me, "W- what rubbish are you saying?"

"If that's not the case, then why are you scared!?"

I watched him leave. I had to think that he caused, maybe unintentionally, the leaking cylinder which caused his late wife's death, but with his reaction, I knew he did not.

I sighed. What is next?


That night, I went into his room and found him sleeping. I got his keys from the drawer and locked us in, then went into the bed with him. That was the first time we would sleep together.

I covered myself with the duvet and put my hands around him. He stirred, then opened his eyes. His eyes rested on mine and he sprang up as if I was a snake. He left the bed and darted to the door. I laughed when he realized that I had locked the door. He turned towards me;

"What is your problem, Ayo? Do you have so much desire to die?!" He cried

His question got me scared but I hid the fear beneath a fake smile.

He shook his head, "Tell your parents you're tired of this marriage, I'm sure they still need you alive," he said, his hands akimbo.

I felt my emotional disguise melt, "What are you talking about, Jude?"

"I'm tired of you being around me, Ayo. Let's divorce!"

"We're not divorcing and I won't give up on you. I don't even understand your madness! Are you the first widower who'll remarry?" I asked.

"Mine is different. I want to remain a single father and —"

"Yet you don't want to see your daughter!? She's been with your mum all these while and you never want to see her?"

"And how does that concern you? I love her and I always ask of her welfare."

I walked out of bed towards him and he cowered back as if I was a demon. He cowered back till his back was on the door. I was confused again. “Do I change looks and I don't know?” I asked myself. I went to the dressing table and looked at myself. It was me!

"Jude, are you crazy?!" I bellowed, "Why are you behaving as if I'd grown horns?"

"If you won't let me be, you'll keep growing horns!" he said.

Tears burned in my eyes, "Why are you torturing me this way? I never dreamt of this kind of woeful marriage. Damn you Jude!" I swore bitterly.

"I'm not torturing you. This is self torture. The remedy is as simple as ABC. Just divorce me."

I became angry. I went for the keys under the pillow and unlocked the door. Then I said to him, "Get out of here, Jude!"

He tried to resist but I pushed him out.

I slammed the door furiously and went back to bed. I cleaned my face, and assured myself that I would not cry anymore.

I slept and woke up at midnight. I decided to check where he had slept. When I got to the first riser at the stairs, holding onto the railings, I found him sitting on a sofa bed with his head bowed. I went to him and patted him, and, lo, he was crying. 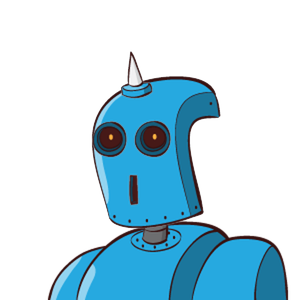