The winds blew the forest trees as the birds flew in flutters, singing the songs of the jungle. It was already the eighth day in the kingdom of Bimbila and the people were worried. The king makers had spent the last two nights monitoring all the paths into the sacred forest of the lost. The village priests were consulting with the gods while the already drunken merrymakers drank even more wine and had already lost their senses.

It was tradition in Bimbila, that before a king was crowned, he had to go into the forest of the lost for seven days. He would receive instructions on how to lead the people from the gods themselves. The people of Bimbila believed the gods dwelled in the forest; and therefore no mere man was allowed to enter. All their sacrifices were placed on the paths to the forest. The barren women went to have their baths in the river that flowed along its borders to seek mercy and pray for a child.

The crowned prince had gone into the forest of the lost eight days ago and had not returned. The tension in the air was thick as the musk near the community dump.

Meanwhile, there was raucous in Dambai; a nearby village. The people chased after Mbim, who had been caught with another man’s wife. He had been banished by their ruler, and the children waited outside the palace with stones in their hands. Nbim ran with the last ounce of breath that his nostrils managed to swallow. His heart beat faster than the drums of the masquerades festival. He wailed as a loud thud hit his head. He sauntered in mid drift, almost gracing the ground with his sweaty flesh. Another stone crashed into his shoulder as shouts of shame rang into his ears. He saw the thick bushes and jumped straight into it. There was no turning back. He had already been banished.

After three days of wandering in the bushes, Mbim found another tree that he would sit under. He smiled as he looked up and saw healthy fruits that he could eat. He had never seen such fruits in his life, but he had no choice. Hunger had left him daunted for three days. He climbed and stretched to pluck what he could. As he sat atop one of the branches, he looked to his left and almost fell off the tree. The sight in front of him was tragic. He was instantly nauseous, but the hunger was so beleaguering that he couldn’t help but take another bite off the fruit in his hand.


Right there, sprawled on the ground, was the remains of a man dressed in funny attire. It was obvious what had happened to him. A wild animal had had him for dinner. Mbim spit out some saliva, shaking his head as he tried to fathom what form of anguish the victim had suffered. He came to a sudden realization that the forest was dangerous and he had to find a way out. He silently placed a curse on the woman who had falsely accused him for sleeping with her. Oh… he was doomed.

Quickly, he ate to his fill and jumped down from the tree. He wasted no time as his legs immediately picked up pace and ran to find a way out of the precarious forest. It had been three hours since the horrible sighting. He was tired and his lungs threatened to pull out through his chest. He bent down, grabbing his knees with his palms; breathing hard. But just then he heard the sound of drums. He thought that it was his mind playing tricks on him so he paused his breathing to listen intently. It was clearly the sounds of drums.

He walked briskly toward the sound of the drums. He prayed to the gods that he had not somehow come back to his own village after days of wandering. They would surely kill him now. Just as he caught sight of someone standing with beads around his neck and waist, he halted. The man looked at him with bulging eyes. Mbim was scared. What land had he found himself in? He thought.

And just then it became clear to Mbim. The dead man he had seen in the forest was their prince. Now they probably thought their gods had somehow changed his appearance. That thought was abruptly cut short as five men with machetes appeared in front of Mbim. His legs prepared to sprint back into the forest, but he held his ground in awe when the five men got down on one knee and chorused “My King!”

I love this story but it is not complete 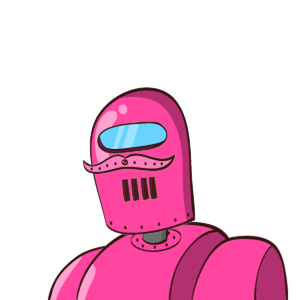 Nice. I wish it was a series.

@Joneil... The story is complete. Your recommendation has been taken into consideration. We will indicate in our subsequent stories if there is a continuation or an end. Best.

Wow, interesting story but want the full version There should also be an indication if the story has ended or it will be continued.