I'm not the only one

I'M NOT THE ONLY ONE


Adaku and Ben walked into the barbering salon holding hands like a couple who had just arrived at their honeymoon destination. Words are inadequate to express the special feelings bubbling within her soul as she clasps her hands tightly around his. She counts herself lucky to have him; an eligible bachelor, who unlike her best friend, Chioma’s boyfriend, had choice cars.

She swings her waist electrically, moving from left to right; although his eyes weren’t fixed there at the moment, ogling it the way he always does, she still put in enough effort to make it swing anyway. As they walked into the salon, he whispers something into her ears, and she smiled, flashing out a set of beautiful white dentition. They walked up to the vacant seats, and sit for a while, waiting for his turn.

She knows that everyone in the room was looking at them; from the guys waiting for their turn to the girls working at the manicure and pedicure section. Knowing that every lady in that salon would do anything to be in her shoes, she smiled happily and held his hands tighter than before, giggling as they conversed in an almost whisper.

“Bros, come over,” the barber said.

Ben kissed her on the cheek as he rolled himself into barbering seat. "Baby, what kind of hairstyle do you fancy?" He asked.

She got up form her seat and walked towards them, turning around just to ensure that all eyes were on her. She got saturated with that mushy bossy egoistic feeling women have whenever they're the ones to determine the appearance of their man; his suit, tie, shoes, or even the kind of food he should eat during lunch.

“Ehn... Carve the hair like this!” She starts. “Let this side not go down too much. Please bring down the mustache very well.”

She looked the barber in the eyes, just in case he misunderstood her words. “Please don't trim the front… Just leave it this way. Baby, your hairline is thinning down o.”

The barber got pissed off with the unending list of instructions. He gave a wry smile and said aloud, “Women sef! Just last weekend you requested for punk. Now you want something else. Okay o! As you wish.”

She's lost. She has never been to that salon before. This was the first time she had followed him to a barbering salon.

“Me? When?” She asked, directing every attention into the barber’s face.

Ben stares with a guilty look, “Please just barber it the way she wants. She wasn't the one I came with last weekend.”

Adaku opened her mouth wide in disbelief. “The person I came with last weekend was my cousin," He adds, when he realized that he had shot himself in the leg.

Everyone in the shop began to stare at her. The girls in the manicure department giggled, trying so hard not to laugh out loud. Do they know something she doesn't know? She wonders. She walked back gently to her sit when she remembered that he wasn't even in town last weekend. He told her that he had travelled out of town to attend the wedding of his boss' younger brother.

“Oh my God!” She whispers to herself, “This is so embarrassing.”

How she wished that the ground could open up and swallow her, because it hurts to finally realize that even with the way he treats her like his queen, she’s still not the only one. 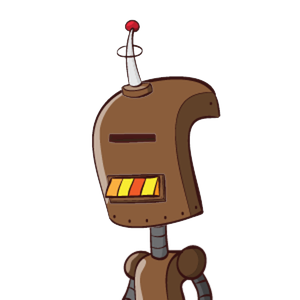 Loved the story, don't look down upon others. Pride comes before a fall

I'm not the only one